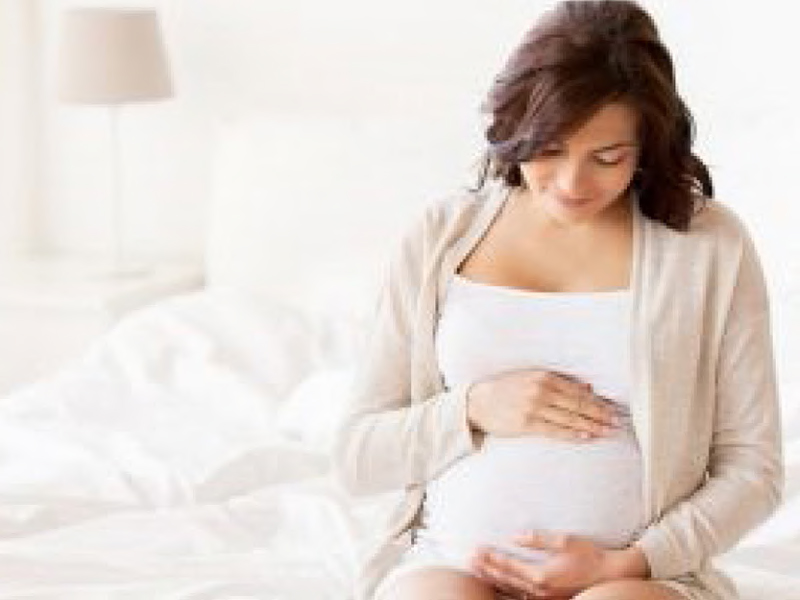 Pregnancy is a time when development is most vulnerable. Wireless radiation and electromagnetic fields
are part of a growing list of environmental exposures thought to interfere with normal fetal brain
development. Published research has found impaired communication skills, memory and learning deficits,
congentital heart disease and behavioral problems associate with prenatal exposures.
Kaiser Permanente researchers have published several studies linking pregnant women’s exposure to
magnetic field electromagnetic fields to not only increased miscarriage and but also
increased ADHD, obesity and asthma in the woman’s prenatally exposed children.
A 2020 case control study of over 2000 pregnant women found that higher exposure to common electrical
appliances such as computers, induction cookers and microwave ovens during their early pregnancy was
associated with a higher risk of birth to infants with congenital heart disease. “Women should therefore
reduce the usage of electrical appliances before and during pregnancy.” ( Zhao et al. 2020)

(Watch a webinar where Dr. Li presents this research.)
Dr. Taylor – Chair of the Department of Obstetrics, Gynecology and Reproductive Sciences at Yale
University School of Medicine- authored a study showing significant behavioral changes- lower memory
and increased hyperactivity- in the offspring of mice exposed to cell phone radiation during pregnancy.
Another study of over 55,000 mothers and children in four countries found cell phone use during
pregnancy linked to shorter pregnancy duration and increased risk for preterm birth.
This page lists important research evidence, summarizes scientific publications and offers resources for a
healthy pregnancy.
Dr. Hugh Taylor, Chair of the Department of Obstetrics at Yale University School of Medicine
Recommends Precautions
“There’s essentially no downside to being cautious and protecting your baby,” says Dr. Hugh Taylor, Chair
of the Department of Obstetrics, Gynecology and Reproductive Sciences at Yale University School of
Medicine. Dr. Taylor recently authored a study showing significant behavioral changes in the offspring of
mice exposed to cell phone radiation during pregnancy.
“We have demonstrated clear cause and effect relationships in mice, and we already have studies showing
that women who use cell phones have children with more behavioral problems. I think together that’s very
powerful evidence.” —Dr. Hugh Taylor
Dr. Taylor and colleagues found that when mice were exposed to cell phone signals while pregnant, their
offspring showed increased hyperactivity and lower memory scores. In addition, his neurological tests
revealed abnormal development of neurons in the part of the brain linked to ADHD. Several other
experiential studies have found that in utero cell phone exposure leads to damaged brain development in
mice and rats. Most recently, the National Toxicology Program found genotoxic effects in the frontal lobe of
the brain in mice and rats exposed to daily low levels of radiofrequency radiation.
Behavior Problems In Children
In addition to these animal studies, several studies on children have found that higher cell phone exposure
during pregnancy is associated with behavioral issues in children. Researchers from the University of
California School of Public Health in Los Angeles have published two studies (2008 and 2012) looking at tens
of thousands of children. Researchers concluded that children exposed to cell phones both before and after
birth were more likely to have emotional or behavior problems than children who were not exposed to
phones. In 2017, the largest study to date to use data on prenatal cell phone use collected from parents in
five countries found a link between high prenatal cell phone use and hyperactivity/inattention problems in
children.
ADHD Symptoms When Lead Levels are Paired With Cell Phone Radiation
Further research investigating cell phone radiation in combination with the neurotoxin lead has found that
children with lead levels had higher ADHD like symptoms if they also had higher cell phone use leading the
researchers to consider a potential synergetic effect.
“EMF exposure during pregnancy could impact the fetal development, including endocrine and metabolic
systems, predisposing offspring to higher risk of obesity,” —Dr. De-Kun Li
Kaiser Research Links EMFs to Asthma, ADHD, Obesity, Miscarriage and Thyroid Problems
A 2012 study conducted by scientists from Kaiser Permanente Research Division published in Nature’s
Scientific Reports, found that children who were exposed to high levels of magnetic radiation while in their
mother’s womb had a 69% higher risk of suffering from weight problems and obesity during childhood than
children with lower in-utero exposures. This study was part of a series of studies lead by Kaiser research
scientist Dr. De-Kun Li, who specializes in reproductive and prenatal epidemiology. His research group has
also published research which found that higher magnetic field exposure during pregnancy was associated
with a higher risk of ADHD, obesity and asthma in the woman’s prenatally exposed children.
In 2017, Li’s group presented his newest research at an international conference which found high
magnetic fields during pregnancy were associated with increased risk of low thyroid hormone levels in
offspring (low TSH levels) indicating “an adverse MF impact on the pituitary gland during in-utero fetal
brain development.”

Replicated Science Finds EMF Exposure During Pregnancy Increases Miscarriage Rate
In 2017, Li made international news when he published his second study linking miscarriage to EMF
exposure. Funded by the National Institute of Environmental Health Sciences with 913 women as subjects,
Li and colleagues found that women who were exposed to higher magnetic field levels had 2.72 times the
risk of miscarriage.
“This study provides evidence from a human population that magnetic field non-ionizing radiation could
have adverse biological impacts on human health,” Li said in the Kaiser Permanente press release. .
Li previously had presented these findings at a 2016 international conference on bioelectromagnetics but
the published paper has ricocheted around the world. His 2002 published study found miscarriage risk
increasing with increasing magnetic field exposure. Microwave News published an article detailing how
there were now at least 7 Studies showing an association between EMF and miscarriage rates.
In light of his research findings over the years, Li submitted testimony to the US Federal Communications
Commission about the inadequacy of current RF exposure guidelines to protect the public.
“It has been demonstrated that communication between cells depends on EMF signals, likely in a very low
level. External EMFs could conceivably interfere with normal cell communication, thus disrupting normal
cell differentiation and proliferation. Such disturbance could lead to miscarriage, birth defects, and cancer.”
– Dr. De-Kun Li
Dr. De Kun Li has repeatedly written about the problem with FCC regulations and in his 2013 expert
testimony about radiofrequency and health he stated, “Any such claim that RF-EMF is safe, is either
ignorant or misleading.”
The EPA Recognized BabySafe Project
As a response to this growing body of evidence on the health effects of wireless radiation, Environmental
Health Trust joined with Grassroots Environmental Education to support the development of the BabySafe
Project. The BabySafe Project Joint Statement on Pregnancy and Wireless Radiation, which advocates for
precaution and continuing research has been endorsed by scientists and medical professionals from around
the world. The statement calls for women to be informed about the risks of exposure to wireless radiation,
and to take precautionary steps while more research is conducted.
Fetal Development
A 2020 study published in the Journal of Gynecology Obstetrics and Human Reproduction entitled Mobile
phone use during pregnancy: which association with fetal growth? found that for newborns whose mothers
used their mobile phones for more than 30 minutes/day there was an association with significantly lower
fetal development scores.